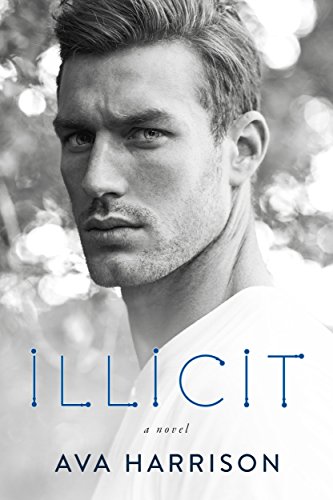 Teacher-Student romances are another sub-genre which is taboo, but this book was so ‘Illicit’ to read, that you had to enjoy it.  The cover and title just pull you in.

Illicit is about Lynn Adams and Carson Blake.  Lynn is a senior in high school of legal age and Carson is a recent college grad who have both suffered from rejection and abandonment issues throughout their lives.  They meet at an end of summer party. For different reasons, both have escaped the party and have made their way to the beach.  After some conversation, they realize that they have something in common and end up spending the night together. Next morning, Lynn sneaks off on Carson thinking that she would never see him again.  On the first day of school, Lynn heads to her first class and surprise, surprise guess who her teacher is. That is correct it is none other than Mr. Carson Blake.

From here on out they experience a myriad of emotional heartache and trauma while trying to do the right thing. Carson is just a man who is trying to keep his job, while ignoring the feelings that he has started to develop for the woman he can’t have.  Along with coming to the realization that the man she has felt an immense attraction to, Lynn also must deal with family secrets, an unloving mother and an ex-boyfriend who feels that Lynn is ‘his’ no matter what has happened in their relationship.

Overall, I liked the book.  The beginning felt a little choppy, but this could be because this book originally started as a novella.  The rest of the book was thoroughly well written.  The pacing, character development and range of emotions was felt until the very end. I would have enjoyed an extended epilogue further into the future to see how Lynn and Carson’s relationship has developed.