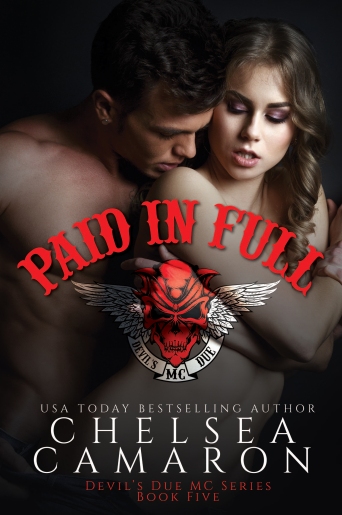 Paid in Full is about Tempest and Deacon. It is another book in the Devil’s Due MC series. It can be read as a standalone, although it does contain couples (and slight themes mentioned) from previous books.

Tempest is an overworked, overstressed and extremely independent woman. She is the mother to an equally strong-willed teenager.

Deacon is an ex-Navy SEAL whose only real family left is his MC brothers. He is suffering psychological fallout from his last mission.

Tempest and Deacon have had a hook type relationship in the past, but they begin to feel more for each other after experiencing a couple issues. It appeared to be a quick, fast paced storyline warranting a quick read.