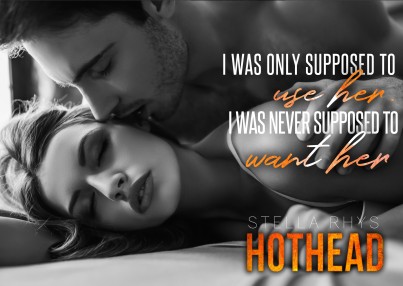 Evie has had a recent run of bad times. Five weeks prior she was happy, engaged and looking forward to moving into a glorious apartment that she picked out for her and her fiancée. Now, she is continuously leaking tears, calling her ex just to hear his voice and find out what went wrong, and inquiring if they could get back together. Leave it to her ex, Mike, to give her false hope on that topic.

‘We could get back together, Evie. I mean that’s the plan. We’re soul mates. But I need some time apart first.’

Let me just preface this by saying, Mike is a total scumbag (as you will soon see when you read the book). There, now we can move on to the next topic.

Drew, Drew, Drew. (insert sigh) Drew is the cocky a-hole that you love to hate AND hate to love. Oh man, he was one delicious character and written so well. Drew is a pitcher in the MLB and in recent years, hasn’t had the best reputation. There is only one person that knows what makes him tick and what went on when certain names/topics are brought up and that is his agent, Iain. It is only recently that Drew finds out that the word ‘trade’ has been linked with him. He is upset and furious, because his best friend, Emmett is his agent’s partner and younger brother of the owner of his team. Iain has told him that he needs to clean up his act.

Drew ends up at a bar, where he is sitting in the corner sulking about this recent news. While sitting there he overhears a woman on the phone crying and begging to talk to whomever was on the other end (Evie was leaving a message for Mike). He interrupts her and they get into a heated argument which ends in a kiss. This very public scene turns into the latest headlines, ‘Drew Maddox publicly grovels with girlfriend.’ This turns into a plan initiated by his agent, to restore Drew’s wild ways and party lifestyle. Insert Evie. The plan is for her to play the part of girlfriend to fiancée who moves in with Drew, to give off the appearance of a solid, steady and stable relationship.

I loved Evie and Drew together. Each displayed their own character tics, but what was pleasant to read was the many layers to each character. Evie may have appeared to be a whiny, sniveling doormat, but she truly had an enormous amount of inner strength and eventually a positive self-esteem. As I said earlier, Drew was cocky and an a-hole on the surface, but when pulling those layers back, he was a big teddy bear.

This couple experiences ups and downs, rough times, good times, emotional times, but where does this lead to? Do they get their happily ever after? I completely recommend this book!