‘Lust: to have an intense desire or need: Crave specifically: to have a sexual urge’

A simple, straightforward statement of the definition of lust. Easy-peasy, right?   Wrong. Trilina does a wonderful job of intertwining life, lust, love and realism. As a reader, you feel all the emotions that she is provoking along with, shock, hope, laughter and eventually the cherishing of each other between Dom and Drew.

Drew Matthews has been recently promoted to VP of Marketing at her company. Her best friend, Gretchen, works right alongside her. As a way to celebrate, they get all dolled up and decide to hit the town. Drew is a beautiful soul, inside and out, so it’s not a shock that she gets hit on as soon as she is there. None of these men interest her, until one. Despite being a strong individual, she is easily flustered when in the presence of a handsome man.

Dominic King is a businessman that is based out of NYC but has many business ventures in Chicago. Dom has a twin, Luca, who lives in Chicago and handles the business when Dom isn’t there. One spectacular business is a club called, Church. Church is a sex club with all the usual happenings but is somewhat elevated to give it a ritzier atmosphere. Through a series of incidences in their early youth, Dom is a little bit more jaded with love, relationships and marriage.

Drew and Dom are an inevitable just waiting to happen. Dom has a certain inclination to some kink. Unbeknownst to Drew, Dom sees the same need in her, that he feels inside. For some unknown reason, he can’t get Drew out of his head. Dom and Drew go through many ups and downs before you, the reader, reach the end.

Trilina Pucci has created not only an exquisite book, but she has established a firm foothold in the background stories, which set her up nicely, for the next book, Envy. Are you catching a theme here? You guessed it, each book is based off the seven deadly sins and personally, I can’t wait! I, absolutely, loved everything about ‘Truth’ and am excited for more.

‘Baby, we’re just getting started. I’m not your god—I’m your King.’ 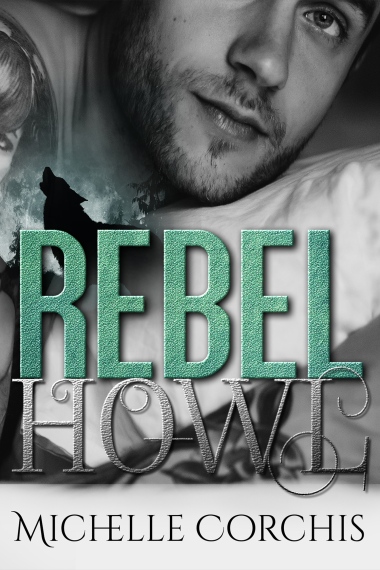 Rebel Howl is a unique blend of a book about rock stars (who are shifters) mixed with a romance. Rebel Howl is not your straight shifter romance though. Besides shifters, romance and rock stars, it also encompasses mystery, drama, sex (but no cheating), angst, the emotional up and down while in a relationship, a whole bunch of soul searching and the HEA that one longs for. How they get there though is not your typical adventure. To make this story flow, there are a complete cast of secondary characters that will keep you entertained.

RH revolves around Linc and Savannah. Linc is the alpha of his pack (although loosely named). He has problems/issues and isn’t displaying the positive qualities one wants to see in their alpha. Quite frankly, he has given up. Savannah is a mother who is looking to keep her daughter happy and fed, as well as getting to know a long-lost sister.

In the beginning, Linc is relying on his rockstar image which includes drinking, sex and rock n roll, to get through the day. One day, he had shifted for a run in the woods only to come across a little girl who was crying and scared. Through a series of occurrences, he comes across his mate. Savannah, finally gives him a reason to be a better person. He no longer desires to be the excessive drunk manwhore of his pack. Savannah, on the other hand, isn’t quite sure about him.

Linc is portrayed in not the best of lights, but there was something about that I found endearing. I wasn’t sure of him as a main character prior to meeting this little girl, but afterwards, he made my heart melt. He was sweet and gentle, yet extremely protective and possessive. Keep in mind, that he may display these qualities, but that doesn’t make the book soft and sweet. Rebel Howl is definitely a down and dirty, rough and tough story. With that said, I completely adored this book. It was hard not to root for Linc, once he got his head on straight! I would completely recommend this to you!