LJ Shen has messed with my mind and I don’t know what to think about it. I think I like it and am ok with it. If you are going into this thinking it sounds like such a romantic read, you might want to actually read the blurb and re-think the word ‘romance’.

She dressed as Nemesis; He dressed like a villainess thief in the night

The princess anxiously awaiting a kiss at the ball like Cinderella; The prince grants her the first kiss, but wait, who is the prince and what does this mean for the princess’ future?

Nemesis’ prince turns out to be as villainous as she thought. He was not to save her, but torture and torment her.

The princess realizes her fairy tale is an actual nightmare and she’s on her own in a very luxurious prison.

I finished reading this a few days ago and honestly, I’m still gobsmacked. I FLIPPING LOVED THIS BOOK, but what does this say about me regarding some scenes? After you read ‘The Kiss Thief’, you will understand. Is this an ooey, gooey, sugar sweet cavity laden romance? No, it’s not, but it is so much more. Love is messy, it has its ups and downs, and is not predictably planned. As Francesca soon finds out. Through this situation that she is in, she begins to realize her worth as a person and starts to feel that inner strength that she has always had, but never needed. She is mistakenly viewed as weak with no worth, because she is female. Her only worth is to be obedient, arm candy. Unfortunately, for everyone that isn’t Francesca, they better watch out and not get in her way. Francesca is such an incredible heroine with as many layers as an onion. It was thrilling to see her evolve from arm candy to her own person. She is the perfect match for Wolfe Keaton. Being Mrs. Keaton though is not going to be an easy task, but Frankie is up for the challenge. Being the type of man Wolfe is, he will take care of her every need, even if he is detached and relegates these tasks to his staff.

‘He was fire. Gorgeous to the eye, lethal to the touch.’

Let’s talk about our Hero (if he can/should be called that). Senator Wolfe Keaton has an axe to grind with a particular crime called The Outfit. I should say precisely more the head of The Outfit, Arthur Rossi. Through some questionable, smart and long term thinking on our beloved Senator’s behalf, he ends up with the beautiful, Frankie, as his soon to be wife. Frankie is less than thrilled, considering she had been promised her hand in marriage to her childhood sweetheart, Angelo.

‘You’re a collected debt, a retaliation, and, quite frankly, pretty decent arm candy.’

Wolfe is a different breed. He is wickedly intelligent, has more charisma in his pinkie than a whole auditorium of used car salesmen and male strippers combined. Wolfe is lethal with his charisma, so don’t think that wins him very many points with his soon to be bride. He has more walls erected than the Winchester Mystery House. Despite all his flaws, I was utterly swept up by Senator Keaton. He is the clean-cut exterior of a good guy that would make you want to take him home to meet the parents. However, don’t let the exterior fool you. Internally, he is every inch the bad boy that your parents would warn you of. I will go on record and say that I loved Wolfe. He was so broken, brooding and injured, that despite what he did, you wanted to gobble him up and hug him until everything was ok. Seriously, book boyfriend material!

Leigh Shen has outdone herself with another broody a-hole male and a heroine that is understated but bursting with inner strength. Wolfe in The Kiss Thief gives my favorite LJ Shen Hero a run for his money and I don’t know if Vicious would stand for it!! 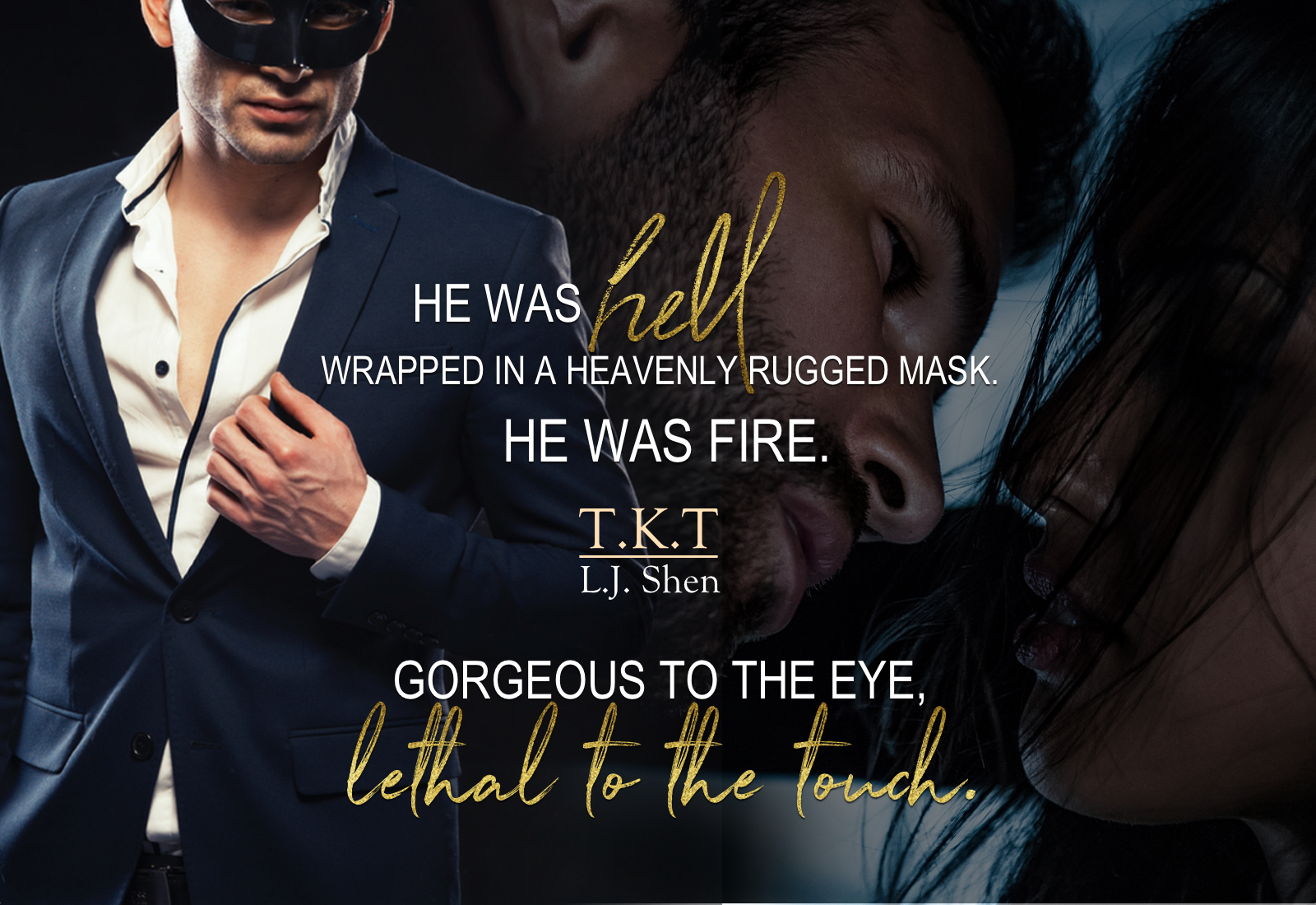 2 thoughts on “The Kiss Thief by L.J. Shen–Review”